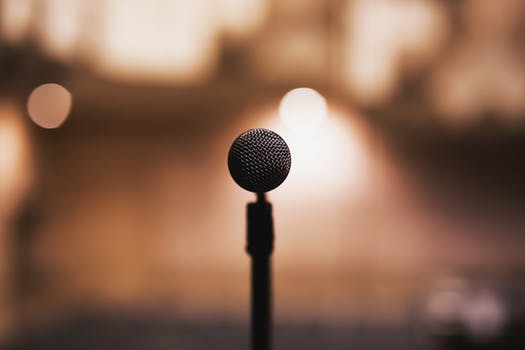 When I was 18 I entered a public speaking competition for the first time… It changed my life.

I always said to myself, “Give me a stage and I’ll be amazing!” I genuinely believed it for ages. I would spend hours at a time, enough for scalding hot tub water to go tepid, imagining myself as Headboy giving speeches that would wow the crowd. I remember critiquing the speeches given by the headboys at the time, mentally grading them like the strictest English teacher you could imagine. “I can do better.” I thought. “Much better!” But I wasn’t Headboy so I had nothing to show for it.

This belief/delusion continued for long enough that I made the conscious decision to actually try and find how exactly how good I was. “I’m busy because I have to…” I can’t remember what Thabo had to do but he was on the fence about doing yet ANOTHER speech. He was the resident speaker for house and for the school as he was quite well versed and eloquent, bringing joy (not ironic because that’s what his name means) for long a periods at a time (quite ironic because he was – and still is – short). This was my opportunity. So I took it.

I wrote my speech the day before it was to be performed. Then rehearsed it in the mirror once or twice before going to bed. Why? Because I’m a genius and don’t need more preparation. Today I laugh at the pride. I can’t recall the name of my speech. It was funny. I made it about love. I tore the notes on the stage (for dramatic effect) then proceeded to forget the entire speech.

What proceeded out of my mouth was undoubtedly the best bit of improv I’d ever done to that point. I don’t think there has ever been a crowd deceived so well… except maybe at political rallies. I stood there hands shaking racking my brain for ideas. I made everyone turn their heads, judges included, thinking that the subject of my proclamation of love (which the speech ended up being about) was in the room. She/he/it wasn’t, for it didn’t exist! XD

The quavering in my voice at the beginning was long gone. My hands were rock solid, gesticulating as I mentally ordered them, practically scoffing at the tremors that travelled through them earlier.

I finished to rapturous applause. And an ovation. I was mad happy fam! It temporarily quenched a thirst I never knew I had.

In the end I still came second LOL but that’s a story for a different day.

Thank you for your time 🙂

You are what you eat.

You are what you constantly listen to.

You are what you say you are.

I wonder what happens if you spend years saying: “I am not good enough. I don’t deserve this. I’m an idiot. This it too hard for me. I’m going to fail…”

Perhaps that’s what it takes to bring down a promising individual. Get them to say such things over and over, in their mind, in their heart and with the lips.

What about those that hear these negative things said to them? Haven’t there been success stories among those with bad/unsupportive parents? I think that means the opposite can be true. A non-success story in the presence of ultra-supportive parents and to be frank – that is terrifying.

Haven’t there been success stories among those with bad/unsupportive parents? Well luckily there have. You know what that means? There is a solution! A suitable workaround. If you can say to yourself over and over positive things, only the things that you want – it’ll supersede that which you hear. Imagine if you were to proclaim in your mind, in your heart and with your lips: “I am capable.” What do you think would happen then? Picture it, the person you would be now if daily you said: “I am a genius. There is nothing too hard for me! I will succeed! I am creative! I provide solutions to problems! I am disciplined! I am organised! I am successful! I am rich!”

As easy as that sounds to do on paper maybe you haven’t heard it enough to say it and believe it. This is where Youtube comes into place. If no one in your life is willing to affirm positivity, find them online, they will be there. Listen to them on repeat until you mould your plasticine brain to adapt. Then say it to yourself and share the change.

I challenge you to start the day with saying: “I am – “. Fill in the blank with what you want.

That’s what I will be doing.

Thank you for your time 🙂 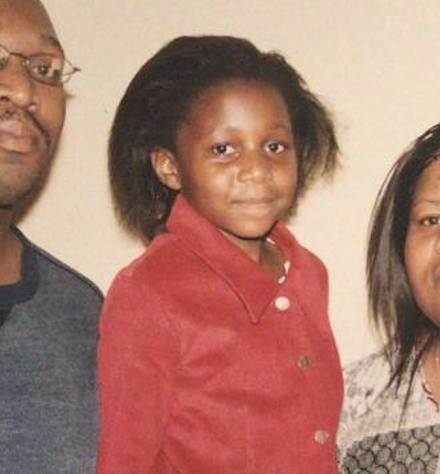 We were eating porridge at your parents’ place in Bulawayo what feels like yesterday but was actually about 17 years ago. The porridge wasn’t made the way I was used, there was not much flavour, sweetness or love. It was bland as cardboard but I ate it all without complaint. Why? I wouldn’t be upstaged by the little girl sitting across the table from me silently wolfing down her meal. After all I was older than her by a year and a bit, I still am.

Sunlight lazily trickled in through a slit between the curtains. Inside the lights were still on as it was actually quite early in the morning; the rooster next door had only just cleared his throat. Our fathers chatted and joked about something in a distant room, annoyingly energetic. Soon – alongside the clinking of metal spoons against ceramic bowls and slurping of kids with minimal table manners – came the excited chirps of a bird outside, presumably waking from its slumber. Not long after there was a sudden squeak and then silence…

“Ah!” I figured, “The neighbourhood cat has got it. After all it’s black. It must belong to a witch.”

That had to be it. I went back to eating that porridge, slow half spoonful after painfully slow half spoonful, reluctant but also determined because every so often the little girl would look up from her bowl to check my progress as if curious if I was eating live worms or something equally disgusting. I guess that’s what my face portrayed. That’s when I noticed the room was quiet. Too quiet. Wasn’t there muted conversation a minute ago? Didn’t I hear laughter from Dad earl- DAD!

That’s when I heard it. The car engine running just outside. It certainly wasn’t running as fast as my feet as I opened the door even before my spoon finally clunked against the floor. My father was leaving with the little girl’s father in their truck. I could see him smiling as they reversed into the street. As soon as the the wheel left the driveway and hit the tarmac so too did warm, salty tears hit my cheek. Personally I would like to forget this little outburst ever happened.

But I can’t forget. I doubt I ever will. Why? Because the little girl casually sauntered up to me puzzled beyond belief and laughed:

“You’re older than me and still cry when your dad goes to work? And you’re a boy? Aa! He’ll be back in the evening.”

She was right. I went back to finish my porridge, salty tears drying on my cheeks. I couldn’t be bested twice in succession. The porridge had to go. As for my dad, he did come back just as the little girl had predicted. She may be graceful now but back then there was none of that. As soon as he walked into the house she whispered into my ear:

P.S. Happy 21st baby cousin. I wish you many more fun-filled days in the future and may you always remain wise beyond your years.